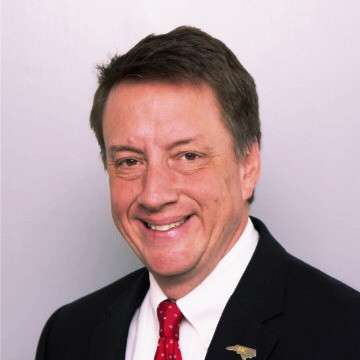 Peter Thornton is the Assistant Director for International Marketing for the North Carolina Department of Agriculture and Consumer Services (NCDA&CS).  Previously, Peter was the Vice President of International Marketing for the American Peanut Council in Alexandria Virginia. Before that, he worked in various positions in the Asia Division of the American Soybean Association in St. Louis Missouri. Peter and his family moved to North Carolina to join up with the rest of his family who are long time North Carolinians.

Peter is a member of the USTR and USDA Agriculture Trade Advisory Committee, the USDOC Trade Promotion Coordinating Committee (TPCC) State and Federal Export Promotion Working Group, and a member of the North Carolina District Export Council. He was the March 2010 NCDA Employee of the Month and in 2012 received the SBTDC  Extension, Engagement and Economic Award of Excellence. He is a Certified Public Manager and a Kentucky Colonel.

Peter received his bachelors in Economics from American University and his Masters in International Relations from the Johns Hopkins School of Advanced International Studies (SAIS). Peter and his wife, Kim McCombs-Thornton, have three children, Matthew, Andrew and Tad. His home is in Cary, North Carolina.